Spintronics : From Memory to Computing in Memory 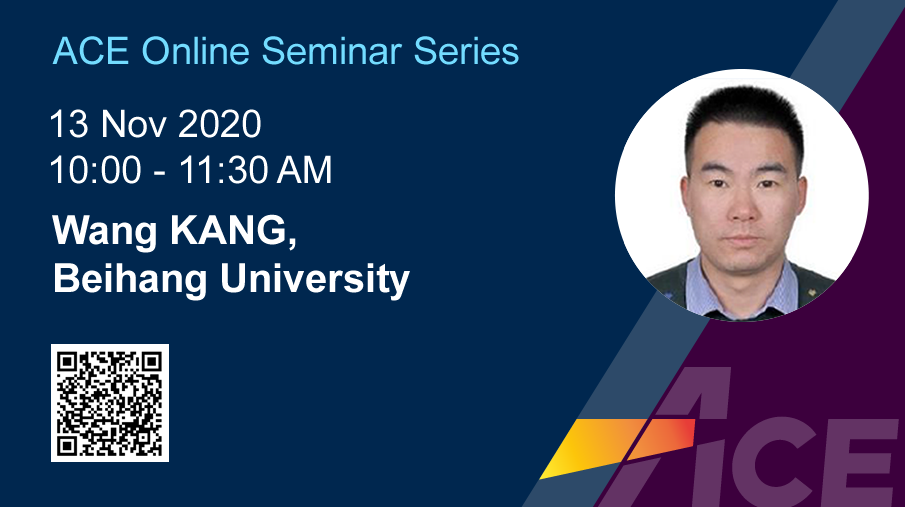 Spintronics has been widely studied for decades and various applications have been incubated from spintronics Particularly, spintronic memory has been considered as one of the most promising nonvolatile memory candidates to address the leakage power consumption in the post Moore’s era To date, spintronic memory family has evolved in four generation technology advancement and has achieved mass production in standalone and embedded applications On the other hand, from the architectural perspective, data transfer bandwidth and the related power consumption has become the most critical bottleneck in von Neumann computing architecture, owing to the separation of the processor and the memory units and the performance mismatch between the two Realization of the unity of data computing and storage in the same chip has opened up a promising research direction of computing in memory ( Spintronic memory could be a potential candidate to implement the CIM paradigm from both technology and application perspectives Lots of interests have been attracted and a number of attempts have been made in this field In this talk, I will briefly introduce why and how computing in spintronic memory, and our work on this direction.

Dr Wang KANG received the double Ph D degrees in Physics from University of Paris Sud France, and in Microelectronics from Beihang University, China Since 2018 he has been an Associate Professor in School of Integrated Circuit Science and Engineering at Beihang University His research interest includes spintronics and its related devices, circuits and advanced architectures He has co authored more than 80 scientific papers, including Proceedings of the IEEE, Nature Electronics, Physical Review Applied, IEEE TC, IEEE TCAS 1 IEEE EDL, DAC, DATE, ASP DAC, etc He severed as guest editors of Microelectronics Journal and SPIN, TPC of DAC, NVMSA etc He is a Senior Member of the IEEE